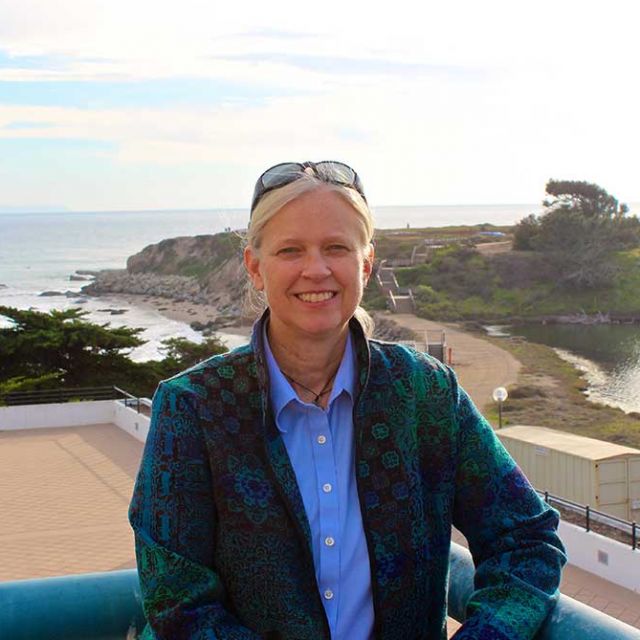 After earning a BS in Biological Sciences at Bowling Green State University (Ohio), Dr. Foltz pursued her PhD at Purdue University (1985-1989), where she worked with Dr. David Asai on the cell biology and biochemistry of microtubule based motility. She then pursued postdoctoral research as an NRSA-NIH Postdoctoral Scholar at the State University of New York-Stony Brook with Dr. William Lennarz, studying the molecular basis of gamete recognition in echinoderms. Dr. Foltz joined the faculty at UCSB in 1993.

How do cells recognize one another and how is the response to that recognition fine tuned? What defines robustness in signaling and how did this evolve? We investigate these questions in the context of molecular mechanisms of gamete recognition and subsequent egg activation. Fertilization triggers extremely rapid and dramatic changes in the composition and architecture of protein complexes in the egg that transduce the signal into an all or none response. These changes ultimately manifest in the ability of the activated egg to transition to an embryo. We use the gametes of many species of marine invertebrates, such as sea urchins, sea stars and ascidians, to address these phenomena. Both large-scale biochemical approaches (including high throughput proteomic analyses) as well as single cell (microinjection and microscopic imaging) experiments can be conducted using the large, synchronously-developing eggs of these free spawning animals, which share the basic aspects of egg activation with other species, including mammals.

Roux, MM, and Foltz, KR (2014). Isolation and assessment of signaling proteins from synchronized cultures during egg activation and through the egg-to-embryo transition in sea urchins. Developmental Biology of the Sea Urchin and Other Marine Invertebrates: Methods and Protocols. Methods in Molecular Biology 1128:277-294.