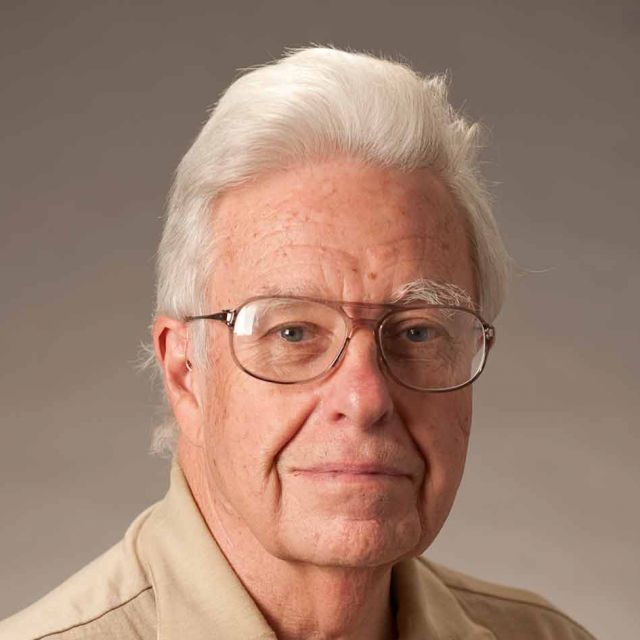 Dr. Orias earned his Ph.D. in Zoology in 1960 at the University of Michigan, where he studied mating type differentiation in Tetrahymena. He joined the UCSB faculty in 1959. He has served as Guest Professor at the Biological Institute of the Carlsberg Foundation in Copenhagen, Denmark; Visiting Professor in the Anatomy Department at the Albert Einstein College of Medicine; Visiting Professor in the Graduate Program in Protistology, Universities of Camerino, Pisa and Padova, Italy; Guest Investigator in the Department of Molecular Biology of the University of California at Berkeley, CA, and as Invited Foreign Investigator in the Department of Developmental Biology of the Mitsubishi Kasei Institute of Life Sciences, Machida, Tokyo, Japan. He has served as President of the international Society of Protozoologists, member of the Genetics Study Section of NIH, and of the Editorial Boards of the Journal of Protozoology, International Microbiology and Acta Protozoologica. Dr. Orias was a co-organizer of the 2nd International Ciliate Molecular Genetics meeting held here at UCSB in July 1986 and has recently organized international sessions and meetings on Tetrahymena Genomics. He served as Coordinator of the International Tetrahymena Genome Project and in 2002 he organized the DNA sequencing of the Tetrahymena somatic (macronuclear) genome on behalf of the research community.

Tetrahymena thermophila is a very useful microbial animal model for fundamental eukaryotic experimental cell and molecular biology, and for experimental comparative genomics. It is a free-living, fresh-water unicellular organism, which has conserved a fairly complete set of ancestral eukaryotic animal biology. Advanced tools for experimental genetic and molecular analysis have been developed in this organism, such as gene knockouts by homologous recombination, gene silencing by RNAi and "antisense ribosomes", high frequency transformation by high or low copy-number vectors, inducible gene promoters, epitope and affinity tagging, genetic tricks to make recessive mutations homozygous in a single generation, and genetic mapping by either deletions or meiotic recombination. These features make Tetrahymena a eukaryotic microbe with excellent credentials for fundamental cellular and molecular investigation of human biology, complementary to multicellular animal model systems.

Tetrahymena, as is typical of Ciliates, differentiates germline and somatic genomes embodied in the micro- and macronucleus, respectively. Much our effort in the past 15 years has been directed toward genetically and physically mapping the Tetrahymena thermophila genomes, completing the assembly of the macronuclear genome sequence, and relating it to our genetic maps. This allowed us to generate comprehensive and robust genetic and physical maps of the germline and somatic Tetrahymena genomes. A benefit of this work is the facilitation of forward genetics, an enduring, preconception-free experimental approach in which one starts with mutant which affects a biological process under study. Through genetic mapping and the use of genome sequence information, one then proceeds to identify the responsible gene and its protein product, thus shedding light on the biological process.

In collaboration with Prof. Wei Miao's group (Institute of Hydrobiology of the Chinese Academy of Sciences, Wuhan, China), using forward genetics and deep cDNA sequencing, we have recently identified the DNA sequence of mating type locus of T. thermophila. Cells of this organism can exhibit one of seven possible mating types (analogs of genders); only cells of different mating types can mate and generate sexual progeny. We are currently investigating the developmental switch which allows only one mating type gene to be 'on' out of the many encoded in the germline genome. Our research suggests the existence of a novel mechanism involved in this developmentally programmed DNA rearrangement. In a separate project, we are also investigating instances where gross DNA rearrangements of the germline genome can be tolerated because these deleterious changes are corrected during differentiation of the somatic genome.

Orias, E. (2000) Symposium on the genomics of free-living microbial eukaryotes--state of the art and promise: introductory remarks. J Eukaryot Microbiol, 47:327.