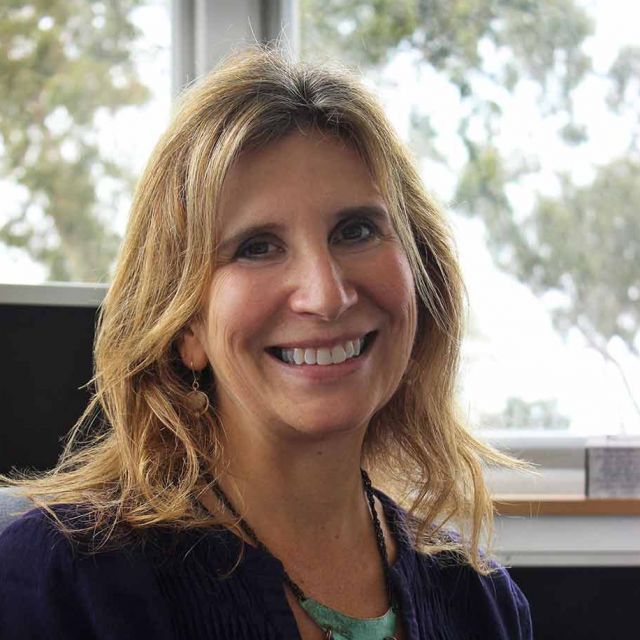 Dr. Denise Montell earned her B.S. degree in Biochemistry and Cell Biology at the University of California, San Diego and her Ph.D. in Neuroscience at Stanford University. As an American Cancer Society postdoctoral fellow at the Carnegie Institution she developed a new model for studying cell motility in vivo using a powerful combination of cell biology and molecular genetic approaches. In 1990 she attained an independent junior faculty position at the Carnegie and in 1992 became an Assistant Professor at the Johns Hopkins School of Medicine, rising to the rank of Full Professor in 2002. At the Johns Hopkins University School of Medicine she served as Director of the Graduate Program in Biological Chemistry for 10 years and was the founding director of the Center for Cell Dynamics. Professor Montell joined the faculty of MCDB at UCSB in 2012. She has served on the Advisory Councils of the American Cancer Society, the National Institutes of General Medical Sciences, the American Society for Cell Biology, and the Gordon Research Conferences. She served as the 2020 President of the Genetics Society of America and serves on the Board of Scientific Counselors of the National Cancer Institute. She is an elected Fellow of the American Society for Cell Biology, the American Association for the Advancement of Science and was elected to the National Academy of Sciences in 2021.

Every day, every single one of the trillions of cells in the human body makes an active decision whether to live or die. These decisions are important. When the wrong cells live, we suffer from cancer or autoimmune disease. When too many or the wrong cells die, we suffer from degenerative diseases and the dire consequences of heart attack and stroke. Denise Montell’s lab has reported a surprising reversibility of the cell suicide process known as apoptosis. Cells that have progressed beyond steps previously considered to be points of no return can reverse the dying process, recover, and go on to proliferate. This has both positive and negative consequences. We are testing the hypothesis that the ability of cells to return from the brink of death – which we have named anastasis (Greek: “rising to life”) - serves to salvage cells that are difficult to replace such as heart muscle cells or neurons in the adult brain. Therefore discovering how to enhance anastasis holds the potential to lead to revolutionary new therapies for heart and neurodegenerative diseases. On the other hand, this survival mechanism may allow tumor cells to escape chemotherapy. Therefore discovering how to inhibit anastasis could enhance the effectiveness of current cancer therapies. Currently we are investigating the molecular mechanisms that trigger and execute this cell survival process and we have developed a biosensor so we can identify and follow cells that have undergone anastasis in living animals.

The general theme is the lab is to identify under-appreciated cell behaviors and tease apart the underlying molecular mechanisms as well as the physiological significance. A second major interest of the lab focuses on cell motility. Without cell migrations embryos could not develop, wounds would not heal and the nervous and immune systems could neither form nor function. But cell movements have a dark side, and the ability to move also contributes to tumor metastasis, which is a major cause of death for cancer patients. Denise Montell’lab has developed a new in vivo model for the study of cell motility and employs a powerful combination of molecular genetics, live imaging and photo-manipulation techniques to decipher the molecular mechanisms that determine when, where and how cells move. Other examples of understudied cell behavior under investigation in the lab include cell cannibalism, extension of stem cell lifespan during diapause, and neolamination.