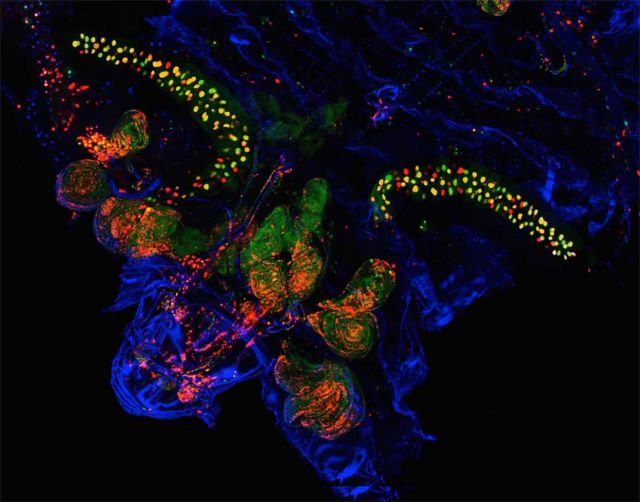 When it comes to complex life — that of the multicellular variety — cell death can be just as important as survival. It allows organisms to clean house and prevent the proliferation of damaged cells that could compromise tissue function.

Several years ago, biologist Denise Montell, a distinguished professor at UC Santa Barbara, found that sometimes cells survive after what was considered the critical step in cellular suicide. Now, she and her lab have identified two key factors involved in this remarkable recovery.

The findings, published in Nature Communications, indicate that this survival mechanism may be critical to normal tissue recovery from extreme stress rather than a fluke occurrence. Understanding its nuances could also provide new strategies for treating cancers.

Apoptosis is the most common way cells commit suicide, and this process is critical in maintaining an organism’s wellbeing. Living things need a way to terminate cells when they are badly injured or their DNA is damaged. Apoptosis is also part of natural turnover, especially in blood cells, skin cells and the lining of the gut.

“Before our work, people really thought that apoptosis was an all-or-nothing decision,” said Montell, Duggan Professor in the Department of Molecular, Cellular, and Developmental Biology. “You either committed to suicide and went through with it, or you didn’t.”

Scientists considered the activation of an enzyme appropriately called “executioner caspase” to be the point of no return. This enzyme essentially slices and dices many of the cell’s proteins. But it turns out apoptosis is more nuanced than previously known, and sometimes cells survive the executioner caspase via another process — anastasis. 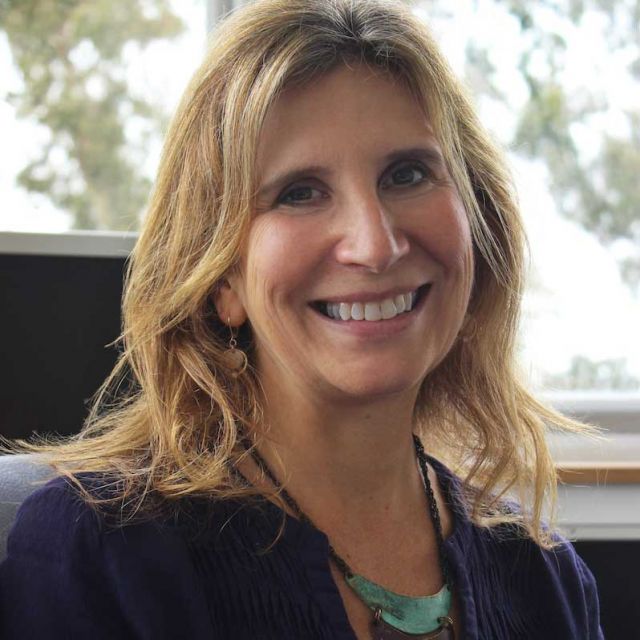 Back from the brink

This phenomenon first came to Montell’s attention around 2010. Generally, scientists studying apoptosis use extreme conditions that cause all the cells in their sample to die. A doctoral student in her lab at the time was curious whether cells could survive the activation of caspase if he removed the substance that induced apoptosis. To everyone’s surprise, many of them did.

Since then scientists have observed anastasis in cells from many different organisms, including humans, mice and fruit flies. Montell and her team decided to search for genes that would either enhance or inhibit the ability of cells to undergo this process.

To this end, the researchers applied a technique they developed in 2016. By breeding transgenic fruit flies that express a specific protein that is cut by the executioner caspase, they initiated a series of events that ultimately makes the cells fluoresce green. That permanently identifies any cell that has survived through this phase of apoptosis.

With this tool on hand, the team, led by former postdoctoral fellow Gongping Sun, set out to identify the genes involved in anastasis. Given they couldn’t investigate all 13,000 genes in the fruit fly genome, the researchers combed their own data as well as the literature to identify candidate genes, eventually settling on about 200 to investigate further.

Sun and her lab mates took hundreds of fruit flies and knocked out the expression of a different gene in half of the cells of each animal. This enabled them to control for other factors that might influence the results.

In the paper published in 2016, the team found that some cells undergo anastasis during normal development of the fruit fly. In the new paper, they therefore looked for changes in the percentage of cells that went through this process during development. They also tested the genes for their ability to affect anastasis in response to stresses like radiation and heat.

Distinguishing between genes involved in anastasis and those that are simply necessary for basic survival was a challenge. “Because if it’s necessary for survival, period, then it’s also going to be necessary for recovery from the brink of death,” Montell said.

So, the team looked not only at how many cells in a sample fluoresced green after the experiment, but the ratio of green cells to non-green cells. If the gene in question was necessary for basic survival, but not involved in anastasis, it affects all cells equally. This would impact the overall number of fluorescent cells, but leave the ratio unchanged.

The researchers found two proteins, and the genes that coded for them, were instrumental in anastasis. The first, AKT1, is a well-studied and renowned survival protein that is activated in response to growth factors, essentially telling the cell to grow and divide. Scientists were aware that it can block the activation of executioner caspase, but the team discovered it can also make the difference between survival and death after caspase has been triggered.

The other protein, CIZ1, is not as well-studied, and shows up in a number of unrelated papers across the literature. In nearly all these instances it appears that CIZ1 also promotes survival from stress. For instance, a decreased amount of CIZ1 is associated with increased age-dependent neurodegeneration in mice.

The involvement of these two proteins in anastasis indicates that it is probably a very ancient process. “Not just the phenomenon of cells recovering from the brink of death, but even the mechanism — the molecules involved — are so deeply conserved in evolution that flies and mice are using the same molecules,” Montell said.

These findings are a huge step forward in understanding apoptosis on a fundamental level. They also suggest possible applications — especially in efforts to combat cancer.

Apoptosis serves an important function in maintaining stable equilibrium within complex organisms. Under normal circumstances — say UV damage to a skin cell — the body wants the injured cell to die so that it doesn’t develop into a condition like melanoma.

“However, if you were subjected to extreme stress you might not want every cell to commit apoptosis,” Montell said. “That might result in permanent tissue damage from which it would be very hard to recover.”

In response to severe but temporary trauma, it could be beneficial for some of the cells to be able to bounce back. Montell suspects this is the primary reason that organisms evolved a way to circumvent apoptosis.

The temporary nature of the stress seems to be the critical factor both in the role anastasis plays in promoting healing and in the mechanism itself. When a cell is under extreme stress, like radiation or chemical exposure, two things happen simultaneously: The cell activates the apoptosis response — including executioner caspase— while also activating pro-survival responses.

“It’s like putting on the accelerator and the brake at the same time,” Montell said.

The apoptotic factors reinforce themselves, so if the stressful conditions persist, the process crosses a threshold and the cell dies. But if the stress is only transient, the pro-survival pathway is already poised to kick in and help the cell recover. Researchers don’t fully understand how the cell turns off the apoptotic pathway, but proteins like AKT1 and CIZ1 are likely involved.

There is, however, a dark side to this survival mechanism. “Anastasis could be a good thing if you’re trying to repair a damaged tissue, but it could be a bad thing in that it might promote the growth of tumors,” Montell pointed out, “especially in response to chemotherapy and radiation treatments, which are extreme temporary stresses.”

This matches the experience of many physicians, Montell explained. A lot of cancer patients initially respond well to treatments; their tumors shrink and their condition improves. But unfortunately, the tumors often grow back. And scientists aren’t certain why this is.

Some think the resurgence could be the result of drug-resistant cells that exist in the tumor, which then seed the relapse. This paper provides another hypothesis — “the idea that the treatment itself could induce the cancer cells to undergo this stress-dependent survival process,” Montell said.

This notion could fundamentally change the way doctors think about preventing relapse. There isn’t much you can do against drug-resistant cells, Montell said, but if the relapse is due to this survival mechanism, these findings could inform new therapies.

Drugs that inhibit AKT1 are currently in clinical trials. These could be combined with other therapies to increase their effectiveness, potentially enabling doctors and researchers to inhibit anastasis in cancer cells while promoting it normal cells.

What’s more, successful cancer cells can actually induce apoptosis in the T cells that the immune system sends to attack them, according to Montell. This presents another target for anastasis therapies.

“There’s this ongoing war between the immune system and cancer,” Montell said, “and if you can tip the balance even a little bit, you can start to win.”