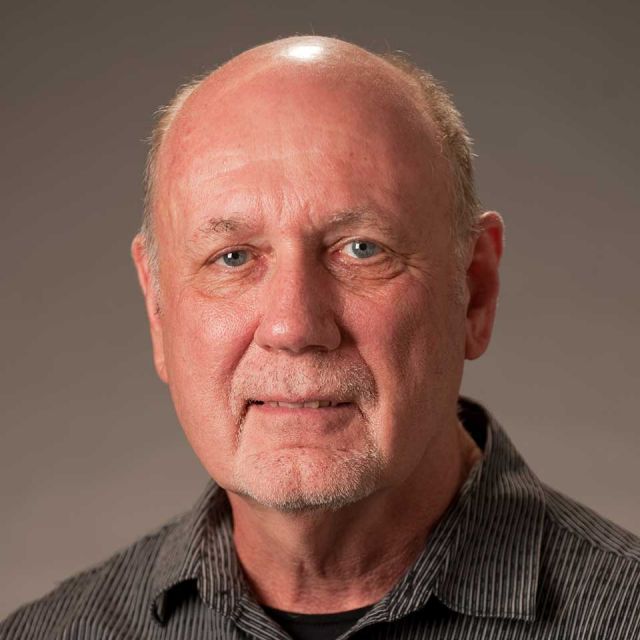 I have spent the last 40 years studying the cellular organization of the vertebrate retina mostly by various bio-imaging technologies including light microscopy, electron microscopy, laser scanning confocal imaging and electron-tomography. My Ph.D. work on retinal development was done with Dr. Marcus Jacobson, first at Purdue University and later in the Jenkins Department of Biophysics at Johns Hopkins Univeristy. My postdoctoral work on retinal circuitry in the feline retina was done with Dr. John Dowling at the Wilmer Eye Institute, Johns Hopkins University School of Medicine. I moved to UCSB as an Assistant Professor of Biological Sciences in 1971, served as the Director of the Neuroscience Research Institute from 1984-2001. In January 2010, I became Professor Emeritus and Research Professor in Molecular Cellular and Developmental Biology. I continue to have an active research program as part of the Neuroscience Research Institute at UCSB.

The Retinal Cell Biology Lab housed in UCSB's Neuroscience Research Institute and is dedicated to studying the cell biology of vertebrate retina using a variety of cell and molecular techniques but with an emphasis on biological imaging. In the nearly 40 years since its establishment the lab has approached many questions from the development of synaptic connections to photoreceptor outer segment renewal and disc morphogensis to more recently mapping the array of the whole retinal astrocyte populaton through the use of large scale, high resolution imaging. The latter is part of our long-term interest in cellular changes in the retina induced by photoreceptor degeneration. We have used as a primary model system for studying photoreceptor degeneration, the creation of a retinal detachment, or the separation of the neural retina from the underlying retinal pigmented epithelium. Retinal detachment is in itself a major cause of visual loss in humans with many thousand new cases treated every year by retinal surgeons. As a model system it presents an opportunity to study the effects of photoreceptor degeneration in the absence of other disease processes. It also presents the opportunity to study regenerative events because once the retina is re-apposed to the epithelial layer surviving photoreceptors will begin to regenerate their light-sensitive outer segment. Using that system, we have identified a number of changes induced down-stream from outer segment degeneration that are now known to be common to many retinal degenerative diseases: photoreceptor cell death, photoreceptor synaptic remodeling, remodeling of 2nd and 3rd order neurons, gliosis by Müller cells, the proliferation of all non-neuronal cell types, both the up- and down-regulation of a number of molecular species. Most of these changes have been confirmed to occur in cases of human retinal detachment. Many new projects have arisen based upon results from this study including the exploration of molecules that may rescue photoreceptors, modulate cell proliferation in the retina, and inhibit the gliotic response and thus have an impact on diseases such as, age-related macular degeneration, retinitis pigmentos , proliferative vitreoretinopathy, diabetic retinopathy and epiretinal membrane formation. We are currently studying a recently discovered inherited degeneration in mouse retina that may provide the first animal model for a human disease call central serous chorioretinopathy, or CSR. In addition we are using 'brainbow' genes to construct a mouse line that expresses over 90 different random hues of fluorescent proteins in astrocytes. Currently have a collaborative project funded by the California Institute for Regenerative Medicine, with Dr. Henry Klassens at the University of California Irvine to study the ability of stem cells to rescue the effects of retinitis pigmentosa in humans.