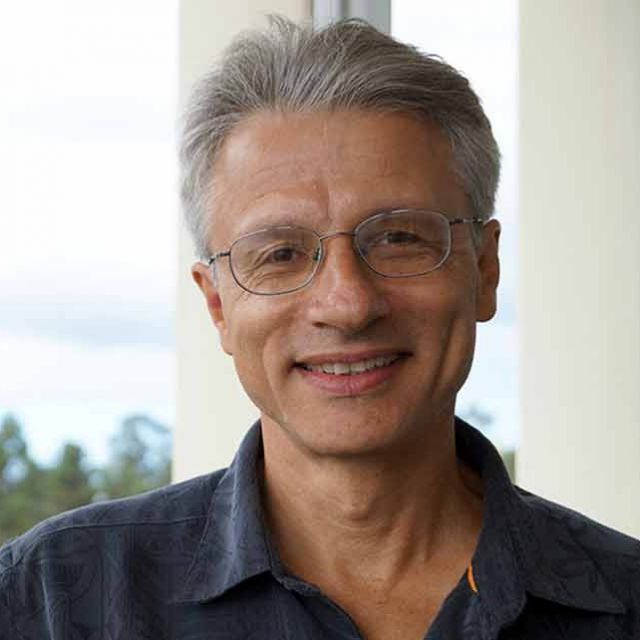 Dr. Craig Montell received his B.A. from the UC Berkeley in 1978, and his Ph.D. from UCLA in 1983. He returned to UC Berkeley in 1984 as a Damon Runyon postdoctoral fellow. It was there that he discovered the founding member of the Transient Receptor Potential (TRP) channel family. He was on the faculty at the Johns Hopkins University School of Medicine (JHUSOM), where he remained for nearly 25 years. At JHUSOM his group identified the founding mammalian TRP channel. Dr. Montell moved to the UCSB in 2013 as a Duggan Professor of MCDB. He is a recipient of an NSF Presidential Young Investigator Award, an ACS Junior Faculty Award. He received honorary doctorate degrees from the Catholic University, Leuven, Belgium in 2010 and from the Baylor College of Medicine in 2011, and is a Distinguished Professor at UCSB. Dr. Montell is an elected Fellow of the American Association for the Advancement of Science, and in 2015 was selected for a Director’s Pioneer Award from the NIH.

A central question in neurobiology is how an animal senses the environment and uses this information to modify behavior and decision making. Our laboratory is defining the mechanisms through which environmental temperature, light, gustatory and olfactory cues, and mechanical forces influence behavior. To tackle these problems, we are using the fly, Drosophila melanogaster, because it allows us to employ a combination of molecular, cellular, biochemical, electrophysiological and genetic approaches.

One of the key sensory receptors that we are characterizing are TRP channels, which in one animal or another responds to virtually all types of sensory inputs and impacts on a wide range of behaviors. We are also deciphering polymodal sensory roles of gustatory receptors and ionotropic receptors, and defining the behaviors that they control. We are unraveling multiple light-independent roles for rhodopsins, and posit that their ancient roles were in chemosensation rather than light sensation. Our long-term goal is to explain the cellular and molecular mechanisms through which different sensory inputs are received, integrated in the brain, and regulate an animal’s plastic behavioral responses to a changing environment.

Most recently, we have started developing a variety of strategies to control the mosquito vector, Aedes aegypti, which spreads Dengue, Zika and other diseases. As part of this endeavor, we are deciphering the molecular and cellular mechanisms controlling this mosquito. In addition, we are characterizing the molecular, cellular and behavioral mechanisms that mosquitoes use to find human hosts.