Our individuality is encrypted in our DNA, but it is deeper than expected 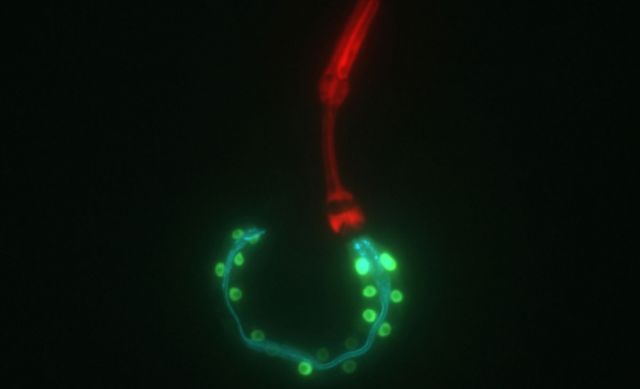 Providing a glimpse of the hidden workings of evolution, a group of MCDB researchers have discovered that embryos that appear the same can start out with surprisingly different instructions. “We found that a lot of undercover evolution occurs in early embryos,” said Joel Rothman, a professor in the Department of Molecular, Cellular, and Developmental Biology, who led the team. Indeed, although members of the same species are identical across the vast majority of their genomes, including all the genetic instructions used in development, Rothman and his colleagues found that key parts of the assembly instructions used when embryos first start developing can differ dramatically between individuals of the same species. This finding may shed light on two important areas: how animals can evolve quickly, and why patients can show very different responses to particular drugs. The scientists’ research is published in the journal eLife.