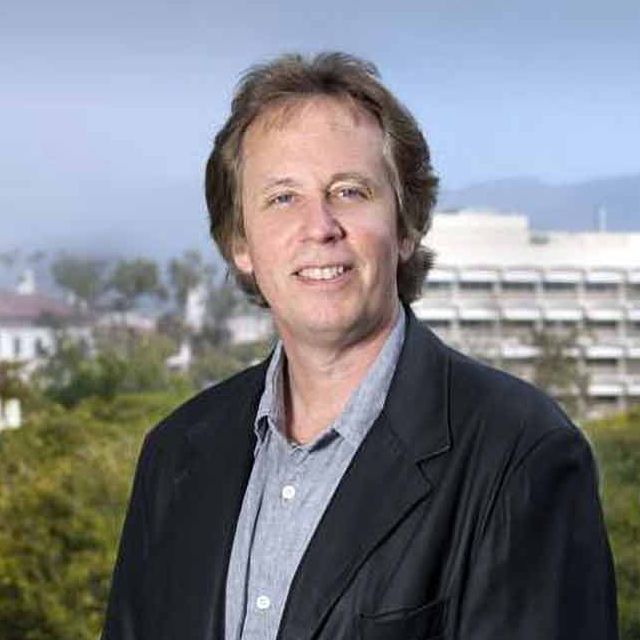 Dr. Jamey Marth is Professor and Director of the University of California Santa Barbara Center for Nanomedicine, and of the SBP Medical Discovery Institute. He is also a Professor in the UCSB Department of Molecular, Cellular and Developmental Biology, and in the UCSB Biomolecular Science and Engineering program. Dr. Marth is the inaugural recipient of the John Carbon Endowed Chair of Biochemistry and Molecular Biology and recipient of the UCSB Duncan and Suzanne Mellichamp Endowed Chair of Systems Biology. Dr. Marth received a Ph.D. degree in Pharmacology from the University of Washington where he trained in the laboratories of Roger M. Perlmutter, current Executive Vice-President of Merck, and the late Edwin G. Krebs, a 1992 Nobel Prize laureate. Dr. Marth was recruited to UC San Diego in 1995 by George Palade - a 1974 Nobel Prize laureate, where he was appointed as an Investigator of the Howard Hughes Medical Institute and Professor in the Department of Cellular and Molecular Medicine, prior to his current positions.

Research in the Marth laboratory is centered upon protein glycosylation in the cell biology of disease. The laboratory develops and applies biomedical nanotechnologies in discovering how protein glycosylation participates in the metabolic origins and mechanisms of syndromes including diabetes, autoimmunity, inflammation, cancer, and sepsis. The incorporation of various nanotechnologies into biomedical research is becoming important in the investigation of diseases caused by metabolic and environmental factors that reflect template-independent non-genetic mechanisms. Previous progress by this laboratory included the development of Cre-loxP conditional mutagenesis, a technique that enables cell type-selective and temporally regulated remodeling of the genome in multicellular organisms including mammals. The laboratory applies this technology in the context of transgenesis and gene-targeting to investigate the functions of protein glycosylation and the resulting glycan linkages produced in cells and tissues of living mammals. Glycans are one of the four main families of organic molecules of cells with nucleic acids, proteins, and lipids. Like protein phosphorylation, glycosylation is a metabolic process that alters protein structure and function. This laboratory has found that alterations in protein glycosylation caused by environmental and metabolic stimuli substantially contribute to the origin and severity of diseases and syndromes including obesity-associated diabetes, sepsis, and chronic inflammatory states that develop into more severe disorders including tissue degeneration and autoimmunity. Cancer is another disease wherein significant metabolic signposts include altered glycosylation of proteins. Such highly expressed cell surface tumor antigens that combine glycan and protein sequences in unique combinations may enable more selective drug delivery at high efficiency to further improve upon cancer treatment by nanomedicine. The laboratory includes interdisciplinary research in collaborations with bioengineers and clinicians to develop improved diagnostic and therapeutic strategies that can detect and intervene in the early cellular dysfunction of disease. These discoveries provide a rationale for therapeutic development efforts that leverages our understanding of metabolic components and environmental factors to more effectively intervene in the onset and progression of disease.